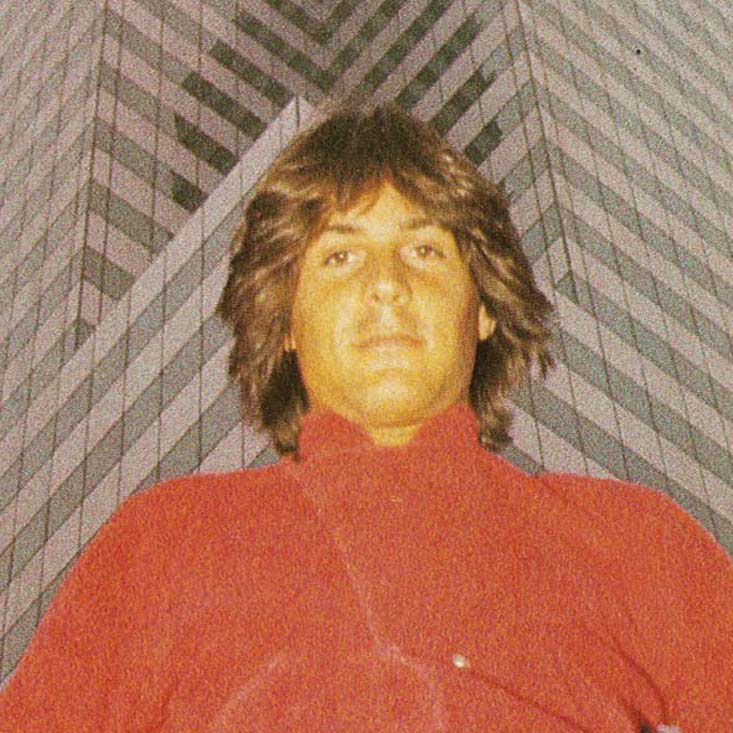 Thomas Beecher Hooker American singer born in Connecticut on 18 November, 1957. Legally changed his name to Thomas Barbey in 1995. His first single Flip Over released on Harmony in 1980. In 1981 participated in San Remo Festival with a song in Italian. In 1982 switched to Full Time Records and came out with Talk With Your Body. In 1983 starred in Jocks, movie with Russell Russell. In 1985 met arrangers-producers Turatti & Chieregato, sang & wrote Future Brain (and other songs for three years) for the Den Harrow project. In the same year signed for Merak Music & came out with Real Men. With the success of Future Brain, Freddy Naggiar, Baby Records (2)'s owner bought his contract from Merak and - winter 1985 - released Den Harrow's album and 7" Looking for Love as Tom Hooker (in spring 1986). He also co-wrote U.S.S.R. for Eddy Huntington and Boom Boom, Let's Go Back To My Room for Paul Lekakis on Memory Records, both International hits. To this point Tom Hooker relates: "After the great success of "Looking For Love" the owner of Full Time Records released my old demos (from 3 years earlier), unpublished and without any contract tried to pass "Only One" as a new album of mine without any written permission under Heaven Records (4). Freddy Naggiar decided not to sue Franco Donato's company even though I was under exclusive contract with Baby Records. This ghost label of Mr. Donato has been selling for over 25 years these demos without a contract and still does today on iTunes!".

In 1987 sang and co-wrote all songs on Den Harrow's 2nd lp. Backing vocals were by Glenn White, Jane Hill, Linda Wesley & Mark Munson. After co-writing an album for Eddy Huntington in 1988 came the 3rd Den Harrow album. After singing all demos for him came a singer from England Anthony James (2)? brought in to sing on his place. Den Harrow left Baby Records, Turatti split from Miki Chieregato and replaced with Mario Natale with whom was released Feeling OK in 1988. In 1990 Tom composed all songs in Fighting For Our Love, a rock album produced for Baby Records by Massimo Noe & Pino Santapaga. In 1992 was released Everybody's Talking with Elastic Band, group made of the Visnadi brothers (Paolo & Gianni) and Tom. In 1993 they released Running Up That Hill, an album & several mixes. After that he released a single produced by Franco Moiraghi singing a duet with Celeste Johnson. Another single for Chicco Secci dj-project. Another single with Joe T. Vannelli called Cool Jack, the song was called Just Come. He also wroted English lyrics for Andrea Bocelli when he moved to the U.S. in 1994. In fact he's living in Las Vegas and is still active also as artist/photographer collected in museums and galleries.